SXSW Event Design
Project overview
IBM Design put on an event call the "Design Hive" as an expression of the emerging design culture at IBM. The event design team wanted to capture the energy and ﬂair that make up studios and bring it to SXSW so that visitors could get a glimpse of what it is like to be a part of IBM Design.
My contributions
As a part of the event design team I contributed to the initial exploration and art direction, developed several of the experiences, and coordinated the construction of the event space. 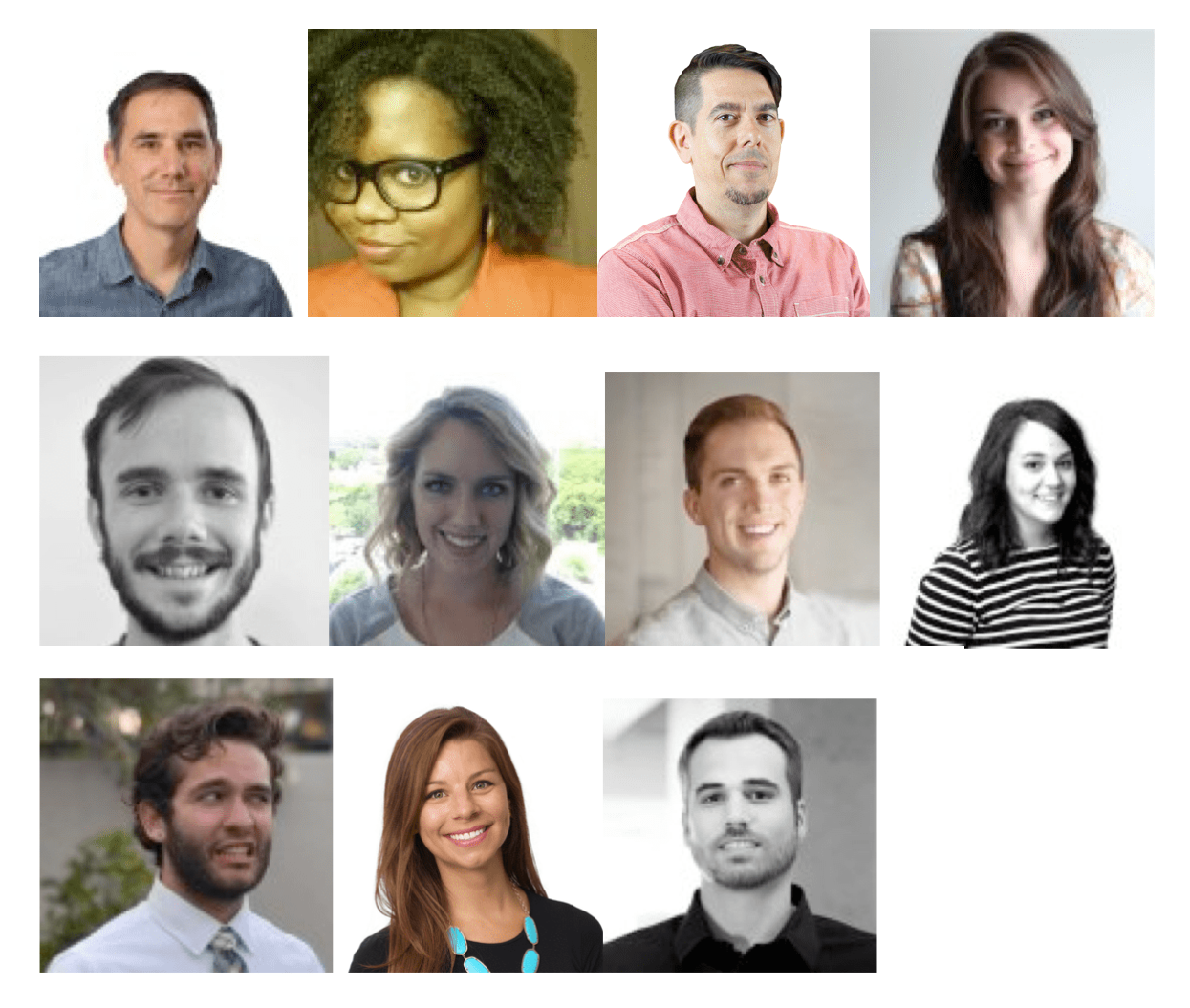 I was asked to help be part of a planning committee for the first IBM Design Hive, an event that would highlight the culture of the IBM Design studios. As a committee we decided that the event should feature experiences that blended digital and analog technology. This is not only representative of IBM's history as a company, but also a reflection of the strong craft culture of our studio.

We started brainstorming the experiences we wanted to build into the event. From our inspirational images several themes started to emerge. Energetic, Unexpected, Continuous, and Immersive were some of the words that resonated with the vision we had for the event.

We also created a basic style guide that would help us maintain some consistency as we brought in more people to create the different parts of the event. The use of unfinished woods was to reflect the way that IBM's transformation to a modern software company is still unfinished. The colors play off the bee theme and the hand-done type is an unexpected element for those familiar with IBM products. 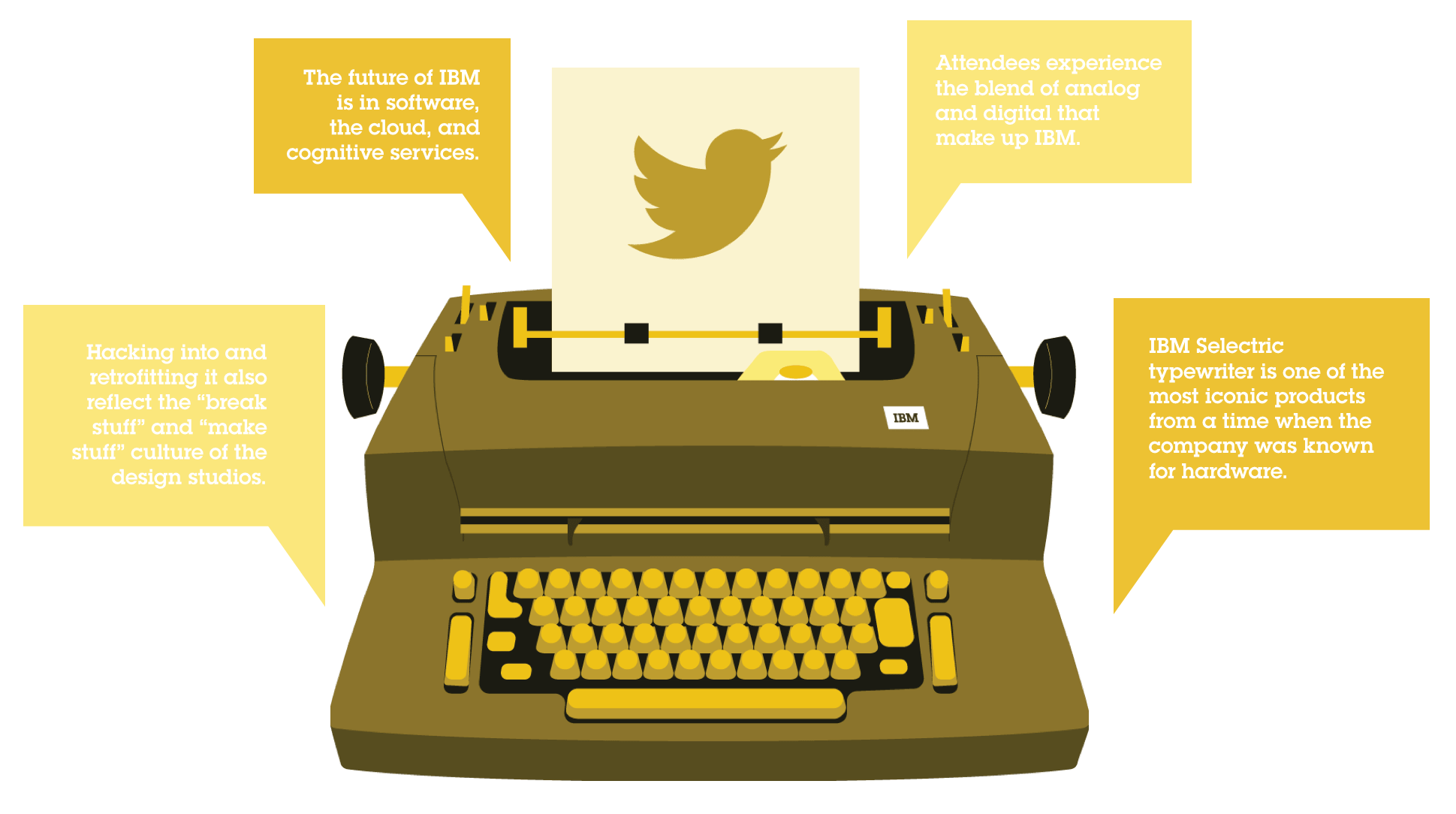 One of my main contributions to the final event was creating the idea and vision for the "Tweet on a Typewriter" experience. The concept drew from IBM's own history and played of the overall theme of blended analog and digital experiences. I worked with several engineers who took this concept and did the work to retrofit an IBM Selectric typewriter.

I was also responsible for creating signage throughout the event. There were a wide variety of needs from directional signage, to informational displays, and maps and schedules. This role required a lot of coordination because it affected all of the different groups working on experiences.

We recruited volunteers to help construct the venue during the day preceding the event. The largest effort I helped coordinate was the construction of our analog "heat map" which was a representation of how we use quantitative insights to design.
It took a team of 5 volunteers almost 6 hours to place over 4,500 post-it notes on the wall! See below for a photo of visitors visitors pulled from the wall to leave feedback. 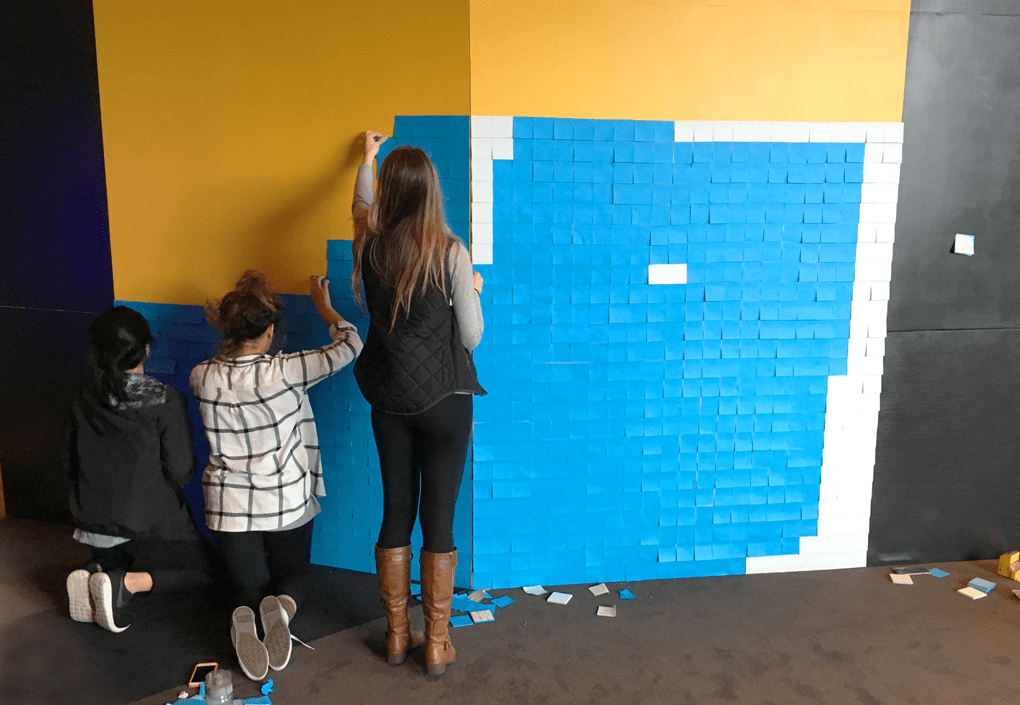 The Event took place throughout the first day of SXSW. It featured speakers, interactive displays, live radio broadcast with interviews and music, data driven beer tasting, and an evening party that was featured in many articles as one of the top social events of that weekend! 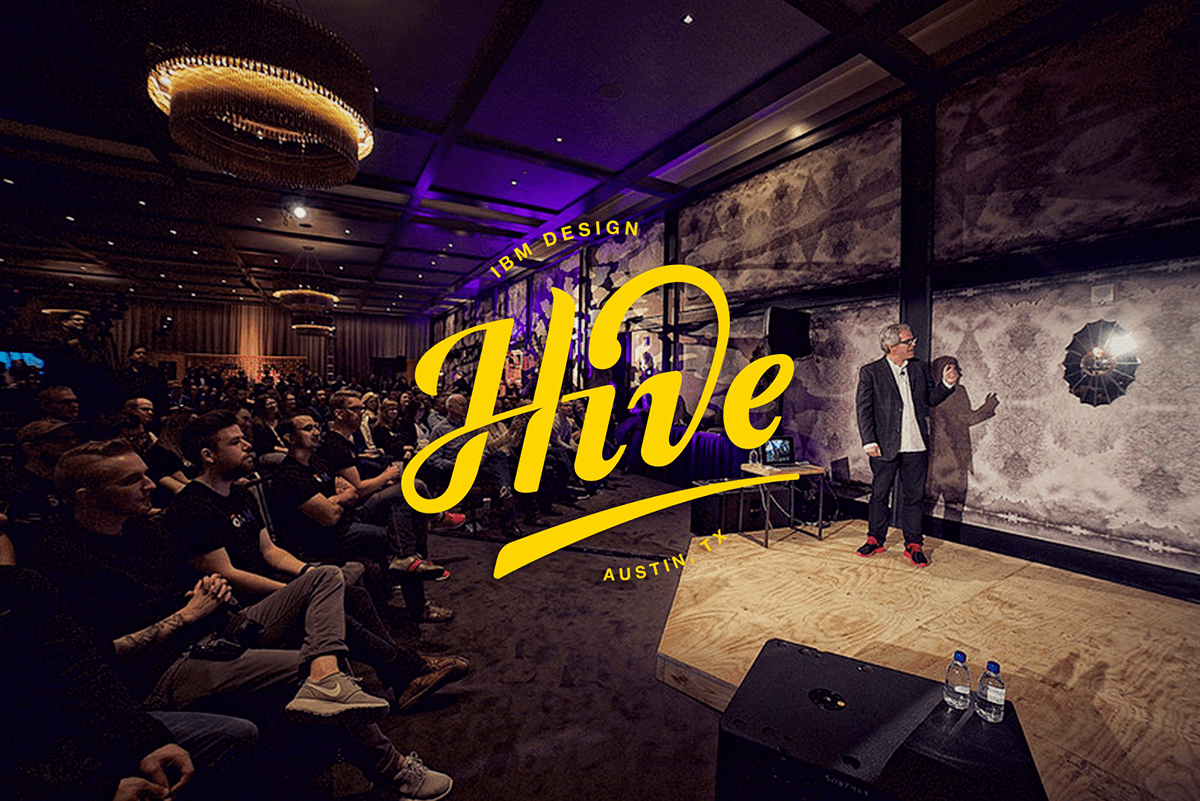 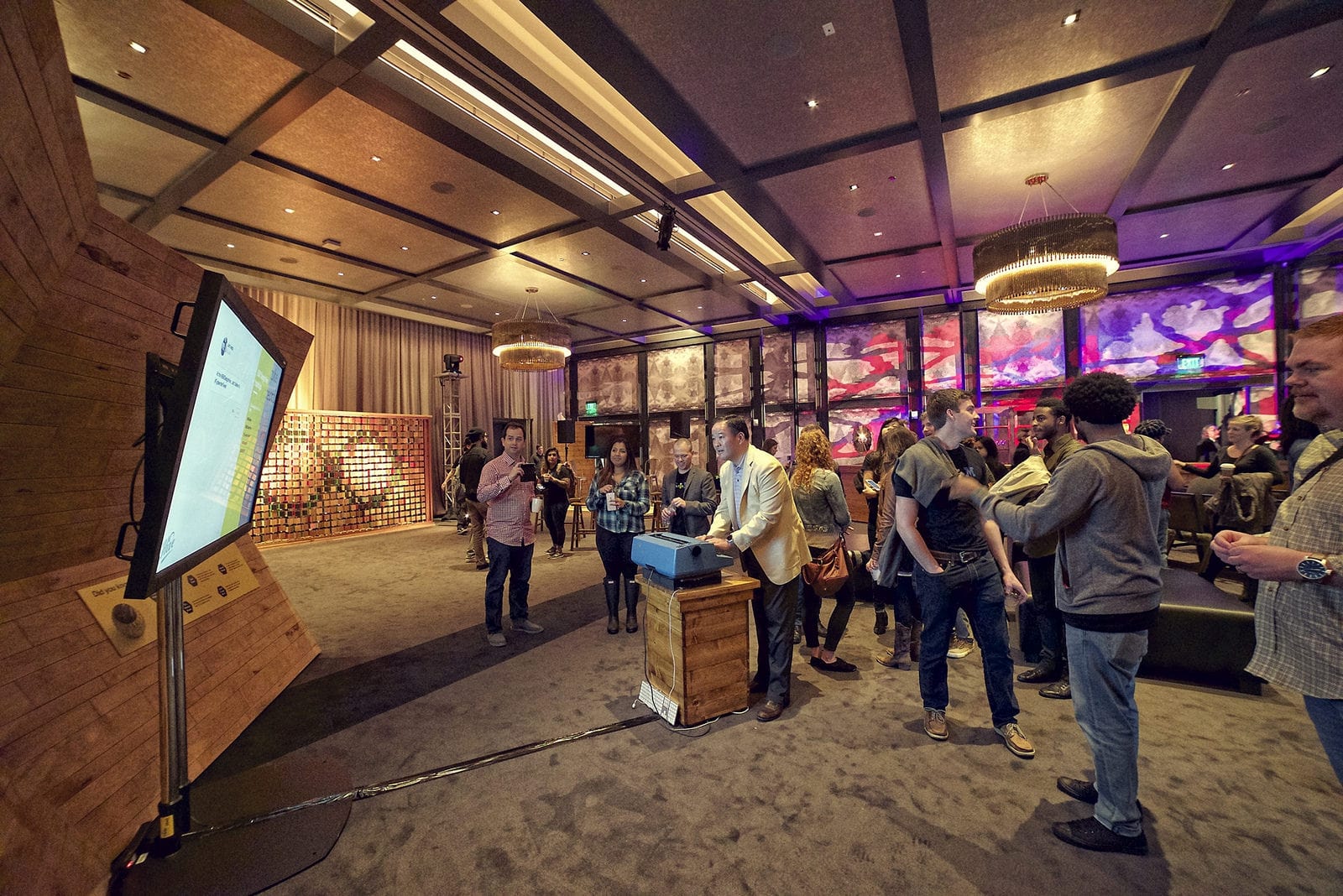 Jon Iwata has an audience as he tweets from an IBM Selectric typewriter. 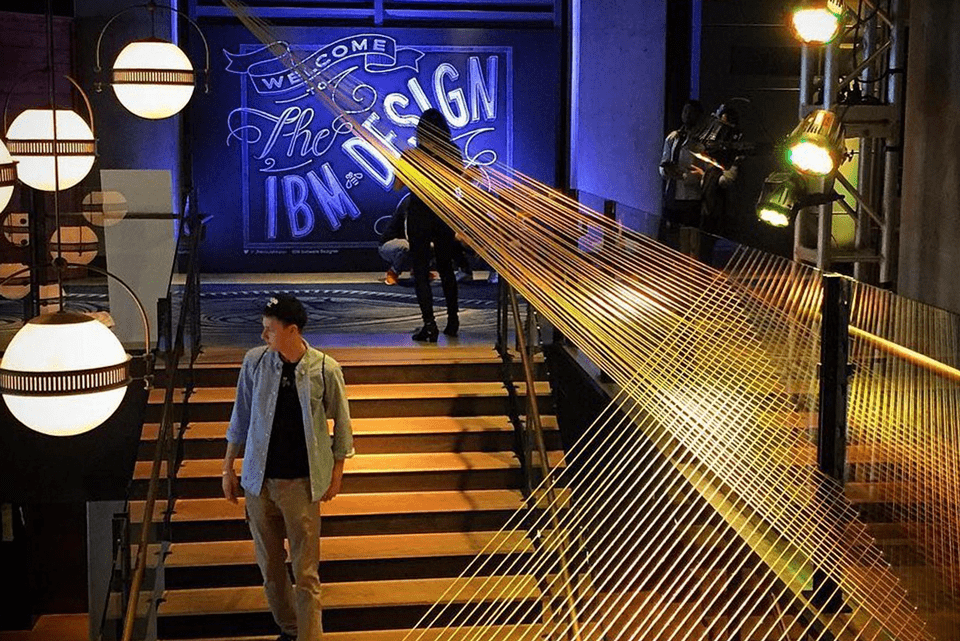 A string art installation led the visitors from the lobby of the hotel up to the venue floor. 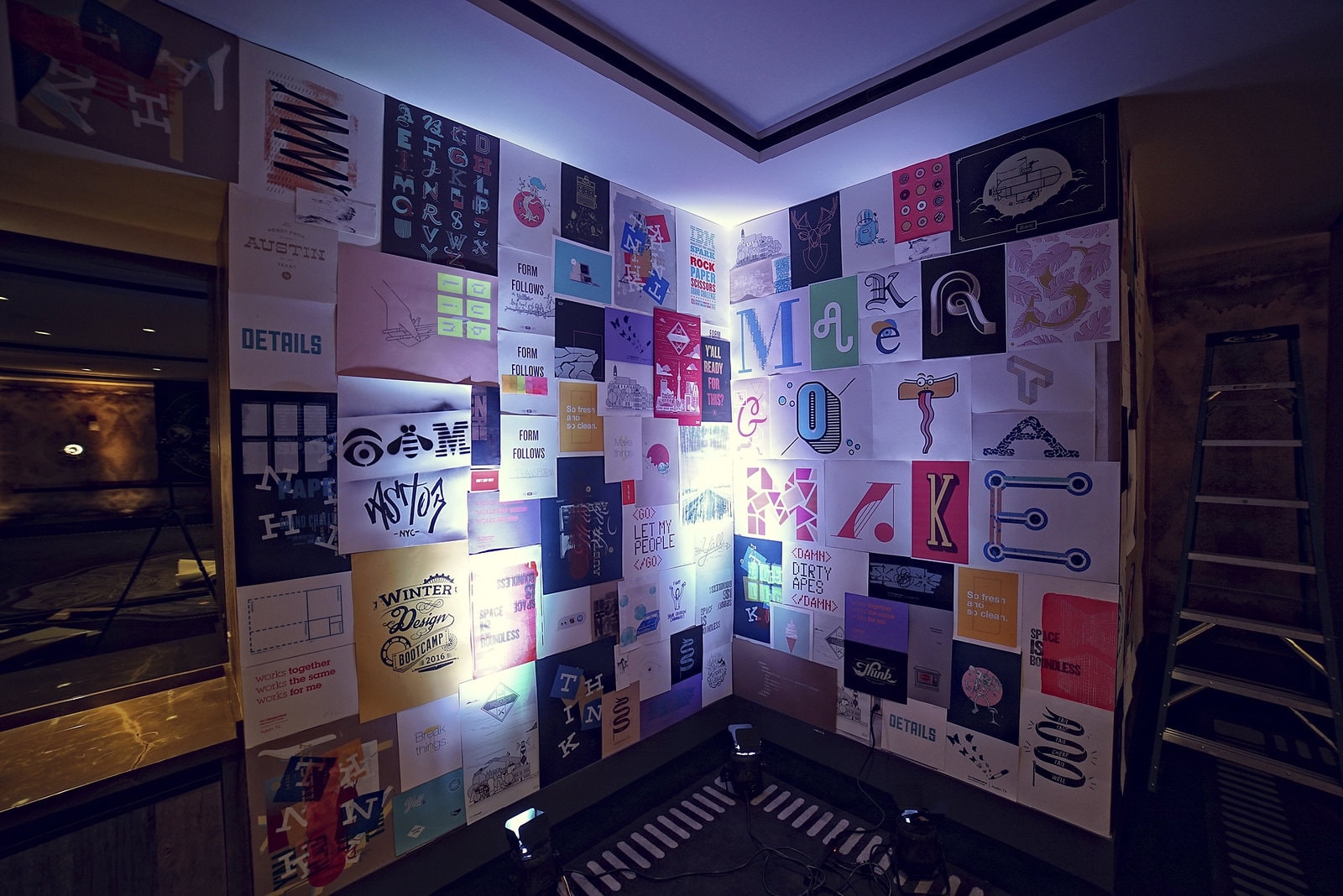 A print installation featuring posters made by IBM designers. 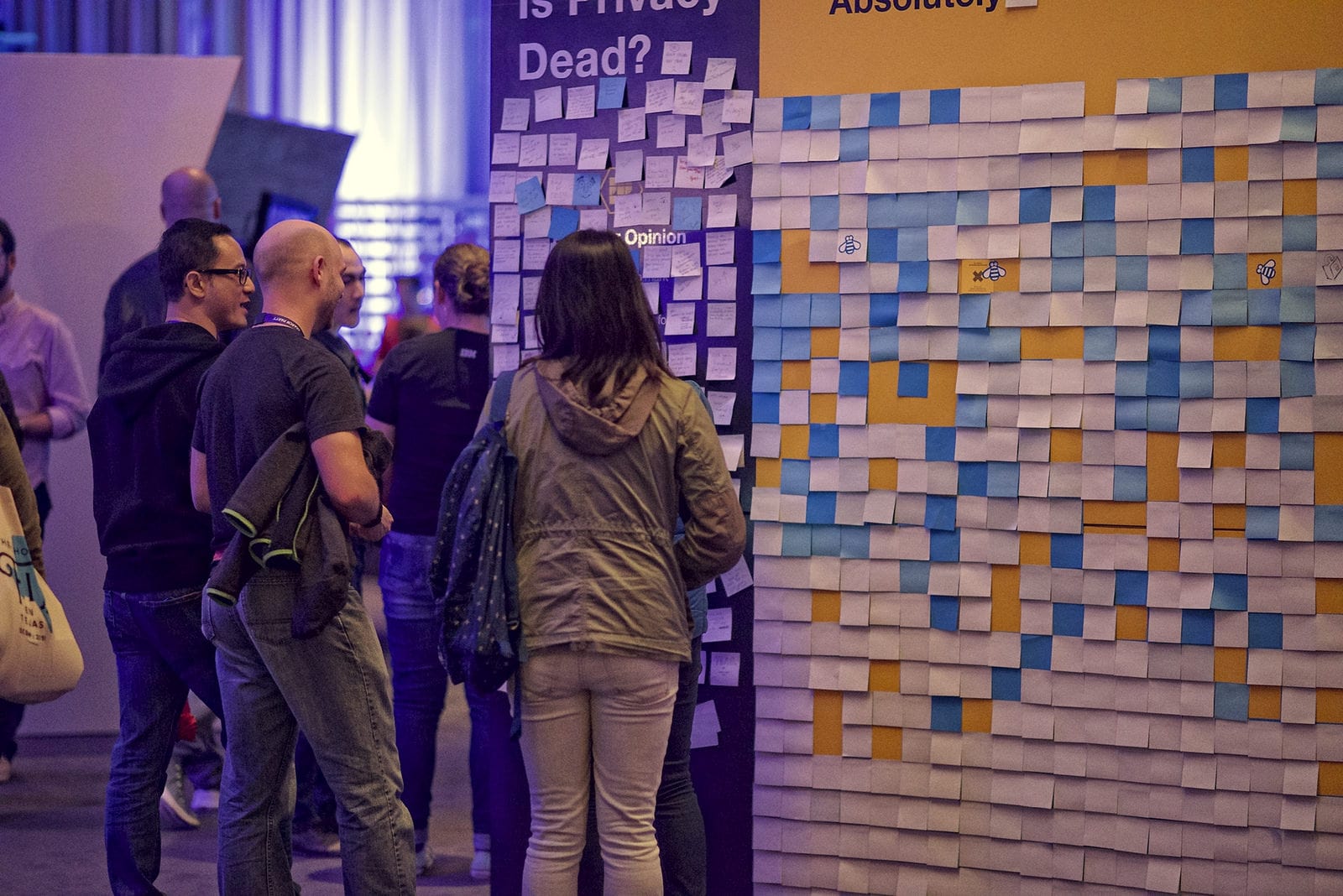 The post-it feedback wall became an analog heat map as visitors responded to the prompt "Is privacy dead?" 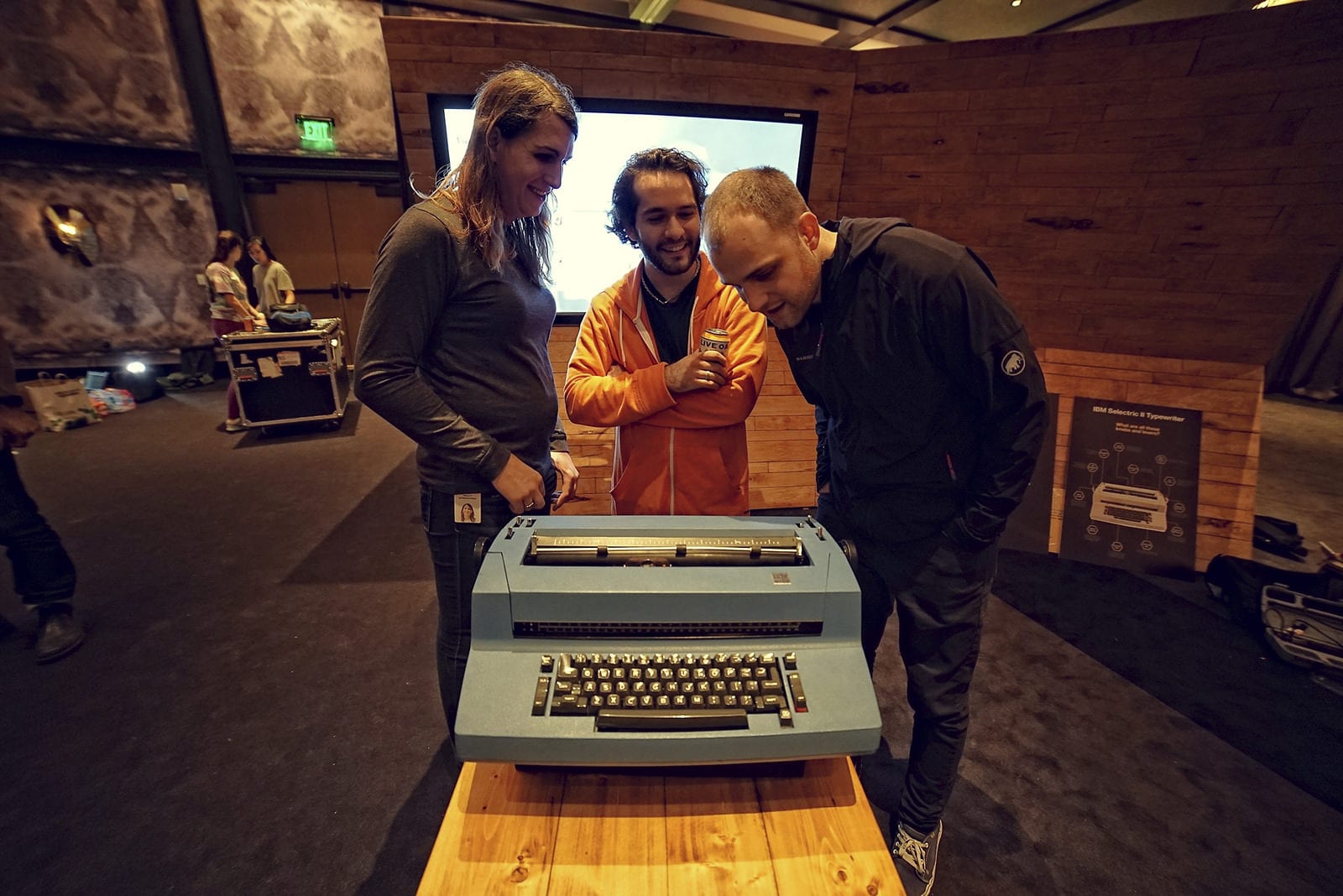 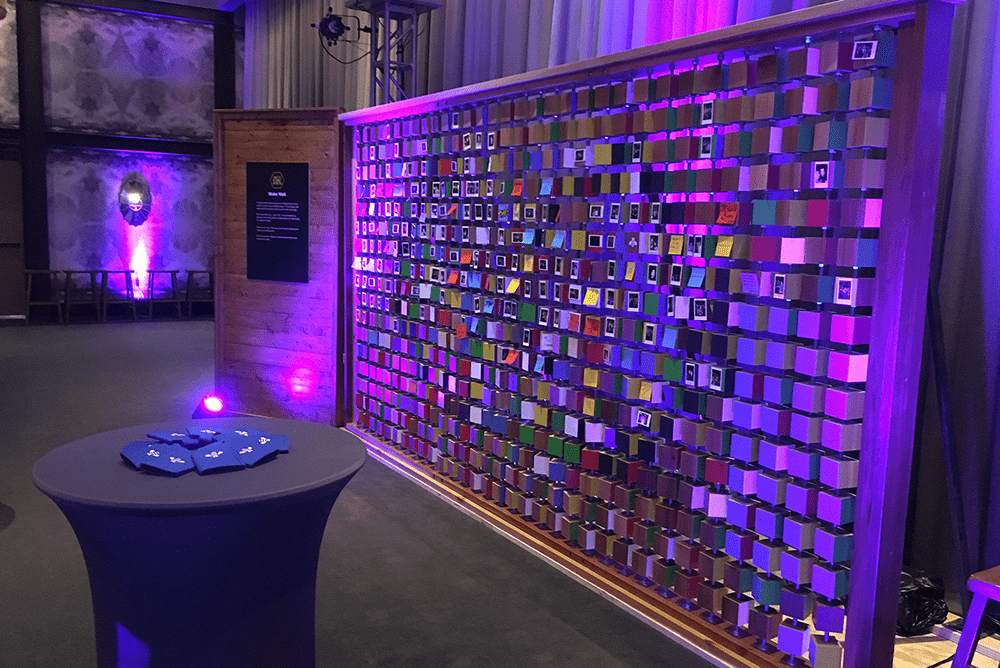 An analog "pixel wall" allowed visitors to leave their mark by physically posting their photo on the wall.

Landing Pages
Brand Designer
Apr 2014 - Mar 2015
1 - Problems
Vettery's best candidates are the ones who come through paid marketing (google adwords). Currently Vettery promotes its home page in these campaigns but it's performance is very low. We set about creating pages that would help more candidates discover Vettery and make our paid marketing more efficient.